Going to Meet the Whizard

I have been saving this tirade for weeks, but given the President's little breakfast, little get-together yesterday to launch Black History Month...it's time. Not that I expected any sort of grand gesture that would make up for his offensive and patronizing outreach to "the blacks" (because I honestly think his March breakfast for Women's History Month will really good), but some of y'all have had this coming for a while. This list is not in any particular order and I will address each offender individually. If you got left off this time, no worries because we've got four years of tomfoolery ahead:

1. Steve Harvey: My daughter freaking loves the Family Feud, so do you know how hard it is to find a tolerable alternative program for her to watch in the evenings when we need to do anything other than have her run around in circles??? But it's all good because she will learn to love Jeopardy.

2. Dr. Ben Carson: The only chance you have at ever becoming President is to be the guy that gets sent to the bunker during the State of the Union. Which we all know, you will be that guy for every SOTU address, but the kicker is that the rest of us will be dead so no one will care.

3. Pastor Darrell Scott: Bruh, who are you? Like for real, who ARE YOU?

Because are we supposed to believe that a bunch of Chicago gang bangers called you to offer props to the new Prez, and then said that they would stop the violence out of respect for him? Are you sure that wasn't a prank call? Because the utter foolishness of that offer is so apparent that I'm wondering whether you just thought of it on the spot as some sort of fancy gold-plated Black History Month present that you, some random preacher from OHIO, could deliver.

4. Tina Campbell: Girl, I get it. You are a Christian, and you want to be loving and forgiving, and you realize that your sister has moved on, so you need to carve out your own identity. We already know that you are batsh!t cray cray, that you forgave that Mitch of a manager, and you've got other issues, so we are just going to lay your name on the altar and keep it moving.

5. Kanye West: I keep thinking that your visit was really some kind of weird six degrees of separation mission of reality show insanity because you are married to Kim, whose mother Kris was married to Bruce/Caitlyn, who wanted to dance with the Trumpet at his Inauguration. So Kris set this up, you are being held against your will, and that was really a Kanye-bot that was sent to the Tower.

6. MLK the 3rd: I can't even begin to unpack this one. But again, I am hardly surprised that you allowed yourself to be used for a photo opp on the national holiday set aside to celebrate your father. Or that you allowed yourself to be used as a mouthpiece to explain away the nonsense of the Trumpet's twitter tirade against John Lewis. Or that you are still looking for ways to be taken seriously as a legitimate civil rights leader.

7. My Spelman Sister: So as the folks were being introduced around the table yesterday, I tuned out what was being said because it was clear that everyone in the room had some kind of active role in supporting the campaign. And honestly, I could care less about any of you, but someone told me that one of those eager faces belonged to one of my Spelman sisters. Thus, I have no words for you, just this picture: 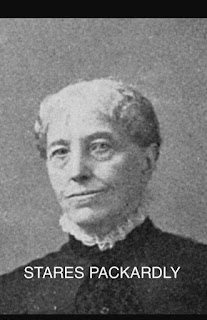 8. Chrisette Michelle: I don't know you well enough to judge...but dammit, what were you thinking? Trust, you are not the first nor will you be the last black entertainer to be paraded in front of an audience for the benefit of some wealthy white folks who don't care a whit about you, your issues or what you thought you came to represent (ask Sammy Davis Jr., about that when you get to heaven). But dang girl, you don't even have the good sense not to act surprised that Spike Lee dissed you! And if you notice, Wynton Marsalis' corny ass piped down when he saw what happened to you. Lay low for a few years and come back when you get a clue.

9. Jim Brown, et. al: This was not that much of a surprise. In fact, because I believe your invitation, along with the invite to Ray Lewis, Floyd Mayweather, Don King and every other black athletic figure with issues were just fan calls, I can't be mad at you. I had written you off a long time ago for your toxic behavior towards women so as far as I am concerned, birds of a feather flock together.

10. Talladega College Marching Band: Don't think I forgot about that Inauguration parade performance. I didn't watch, and I suspect a lot of folks who normally would have been beaming with pride about the fact that their babies got to come to DC to march weren't watching either. Nah, scrap that, they watched and we are secretly proud because you are just a bunch of kids. Some of you can't vote, and among you that did vote, well, you have the right to exercise that choice however you choose. However, like the Rockettes whose jobs were at stake, members of a college marching band don't always get to take a stand.

So this criticism is not aimed at the band or the students, but at the alumni and the Administration of your institution. HBCU alumni talk big but don't have much to show for our cyber activism if our schools have to strike Faustian deals in order to raise money. And I don't know anything about your President, Dr. Billy Hawkins (no relation :), but I got issues with him going on FOX with his hat in hand knowing what would be the likely outcome of his appeal...which turned out to be more than $500,000.

But I know the high stakes of being a college president these days, especially at an HBCU, so here is where I put my money on the table and declare that I plan to donate to Talladega. This is NOT a reward, but a challenge. I expect y'all to graduate and to go on to do great things, but I also demand that you set an example by regularly contributing to your institution so this never happens again.

11. Omarosa: Don't worry...I'm saving all my ire for her to be published in a piece over at the Busy Black Woman blog.
Posted by Ayanna Damali at 4:05 PM